In Our Last Episode

Daniel's version of the battle

Mose activates the rune and charges into the sphere as the ghost looks on with a mixture of amusement, trepidation over the sword, and eagerness for a new challenge.

Mose tosses down the first vial of holy water, splashing it upon the corpse at his feet as he rushes by to the south east corpse. When Mose nears the ghost, his steps slow almost imperceptibly as if he is pushing through a miasma of evil. Mose drops the second vial on this corpse and turns to face his foe.

The ghost shouts in dwarven, "Hahah! A new challenge! A follower of your liar goddess. LET US BATTLE! IN THE NAME OF THE PROPHETS!". He then chants an evil sounding spell in a stilted archaic accent. LE tells us that it looks like a calling of divine favor.

Mose feels the time slowing effects of the haste and has a moment to contemplate the odd breeze flowing through the sphere, gently rustling the leaves of the impossibly large willow tree. Then, Mose's world narrows to contain only his weapon and the foe that must be vanquished in the name of all that is holy. Mose charges forward, activating the flame ability of Al's sword and smites the ghost (41). The sword cuts into the ghost, rending the misty form and leaving a smouldering line of distortion. (33 dmg)

The ghost raises his smoking sword and unleashes a flurry of attacks on Mose, starting with a smite good (21) which Mose deftly deflects with his magically vested shield. The ghost grimaces and his second swing is slow which Mose easily side-steps (1). The ghost swings twice more in quick succession. Mose blocks the third swing with his sword (18) and the fourth glances off his armour. (9)

Mose shifts into position and counters with a flurry of blows of his own. The first smite smashes through the ghostly form again (40) causing the ghost to moan (35 dmg). Mose lands two more blows (33) (25) which further tatter the ghost's misty form (dmg 17 and 22)

The ghost shifts to attempt to fly away, but Mose uses his quick step action to stay in range and has an attack of opportunity (33) which hits the ghost as it takes flight (19 dmg). The ghost flies away through the trunk of the massive tree to the other side of the sphere.

Mose runs over to the third corpse and pours holy water on it. He then attempts to pick the body up, but fails to find purchase for his grip and has to try again.

The ghost then unleashes another volley of four blows, all landing (48 dmg total). The mystical bond between Mose and Quinalin transfers half the damage. Quin winces, partially due to the gash that appears on his arm, but also because he knows that Mose is slowing down and things will quickly get ugly.

The ghost attempts another smite but misses again. His follow-up misses as well, but the last attack lands (14 dmg) which opens another small wound on Quin as well.

The ghost flies across the sphere again, opening himself to another attack of opportunity. Mose strikes the fleeing form (34) causing yet another gash in the incorporeal form (21).

Mose takes a step toward the ghost while mentally summoning his battle-steed Way.

The party sees the ghost summon negative healing energies and his form becomes less tattered although he is still looking bloodied.

Mose deftly leaps onto Way and Way thunders around the tree. As Mose nears the ghost he unleashes his last smite evil blow (42) for (36 dmg). His second swing barely misses.

The ghost takes a step back and summons an sphere of inky darkness.

Mose takes a swing at where the ghost was last seen and misses twice.

Quin shouts to Al and Kimi to summon light as close to the sphere as they can get it. They lay down two overlapping light spheres that eliminate half the ghost's darkness.

The ghost attacks four times but lands only one blow due to the blur (32) half of which is sent over to Quin.

Mose swings twice and hits with the first blow (26) (23 dmg). Way misses with all three attacks.

The ghost attacks four times and would have hit twice, but the blur causes one of the blows to miss (18 dmg)

Trav's notes are pasted here for comparison to help complete the story: Into the Tundra Dome: Mose Attacks

Adrillathellior Teldandilion is the elf ghost’s name. Ghost’s sword is an unholy sword that looks a LOT like Pyre of Eidolon (does 2d6 unholy damage in addition to regular damage). 3 orcs. Mose goes through the dome near the center orc then runs to the south one, splashing holy water on each of them. The ghost is near the center orc.

The ghost is an anti-paladin. He casts a spell (Divine Favor). He speaks a dialect of dwarven that seems stilted to Mose. He says “Haha! A new challenge! A follower of your liar goddess. LET US BATTLE! IN THE NAME OF THE PROPHETS!”

Mose (not on Way) charges! Mose’s smite attack hits and does 33 damage!

Mose moves 5 feet to his right and does a full attack. Smite attack hits for 35 damage! (the ghost still isn’t blooded). Two more attacks both hit for 32 total damage.

The ghost’s turn! It flies straight away from Mose through the trunk of the tree. Most gets an attack of opportunity that hits for 17 damage. The ghost is blooded!

Mose goes to the third orc and sprinkles holy water on it. Then he tries to stuff the orc in the bag of holding, but fails (rolled 1 on Str check).

The ghost lays hands on himself. No longer blooded.

Mose charges the ghost and does a smite attack and hits for 38 damage! The ghost is blooded again.

Ghost’s turn. He attacks with a smite-good attack and hits 4 times for 48. He takes half, Quinalin takes half. The Death Ward spell prevented unholy damage from the sword!

Round 6! Haste is gone. Most does a full attack with smite. Smite attack does 38 damage! Second attack misses.

The ghost’s last smite attack misses! Second attack of the round misses, but the third hits for 14, half of which goes to Quin.

The ghost runs again and Mose gets an AOO, which hits for 18. Ghost heals himself for 27.

Mose summons Way and mounts him then rides around the tree towards the ghost. Mose makes a full attack. Smite attack hits for 36, second attack misses.

On the ghost’s turn, it casts darkness. Mose attacks and hits twice (but no smite!), but because of the dark both hits miss. Way attacks and misses.

Mose rolls a 20 on his listen check, so he knows roughly where the ghost is in the darkness! He can hear it casting a spell. Kimika and Al both cast Light to cancel out the darkness so Mose can see the ghost again! Mose does a charge attack. One hits, one misses. The hit does 21 damage.

Ghost full attacks. Gets a critical, but it doesn’t confirm. The ghost hits 4 times, but the last two miss because of Blur! Ghost does 32 damage, half of which goes to Quin. Al casts Cure Moderate Wounds for 18 on Quin.

Mose and Way both do full attacks. One of Mose’s attacks hits for 16. Way rolls a 20 on a hoof attack! If ghosts could take criticals, the crit would have confirmed. Bite attack misses. Hoof damage is 10!

Full attack from the ghost. Two hits for 22 total, divided between Mose and Quin.

Ghost hits twice, but one misses because of Blur. 18 damage, divided between Mose and Quin.

Mose full attack. Two hits for 17 and 20. Ghost dissipates! Mose wins!! CR 18 encounter successfully completed! When the ghost dissipates, the body hanging in the tree falls to the ground and explodes into ash.

Loot is left behind from the dead body! A cloak and a pair of boots. Also in the ash is an obsidian amulet in the shape of a swan. The ghost’s sword is also on the ground next to the body. Long sword and large steel shield. Breastplate. Mose appraises the items and figures out that the breastplate is made of adamantium. Two other appraisals (sword and shield) fail miserably.

When the body turns to ash, the area inside the dome turns to winter. Breeze stops. Tree turns from verdant, springlike willow into a dead-looking husk. Water drains. Temperature drops from springlike to wintery, almost freezing. The curse of the swamp is broken!

Most puts the loot and orc bodies in the bag of holding and leaves the dome, after dismissing Way.

Detect Magic on the ghost’s stuff shows it to all be very magical (armor, shield, sword, amulet). Cloak and boots are magical, but not as powerful. Sword is an Unholy Avenger. Cast Identify on the swan amulet. It’s an amulet of Proof Against Detection and Location worth 35,000 GP. Requires DC 19 caster level check for the wearer to be detected by any divination spells.

When the ghost dissipates, the hanged corpse falls to the ground and explodes into ashes. Left in the ashes are the accoutrements of the corpse: 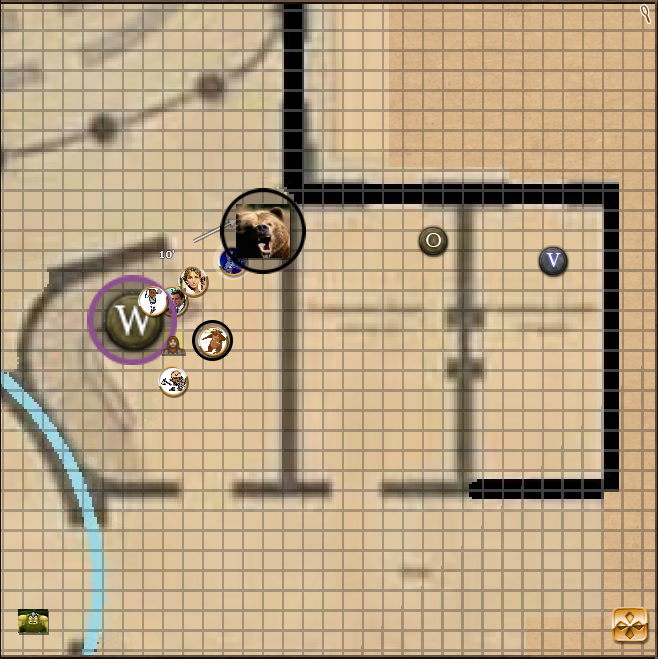 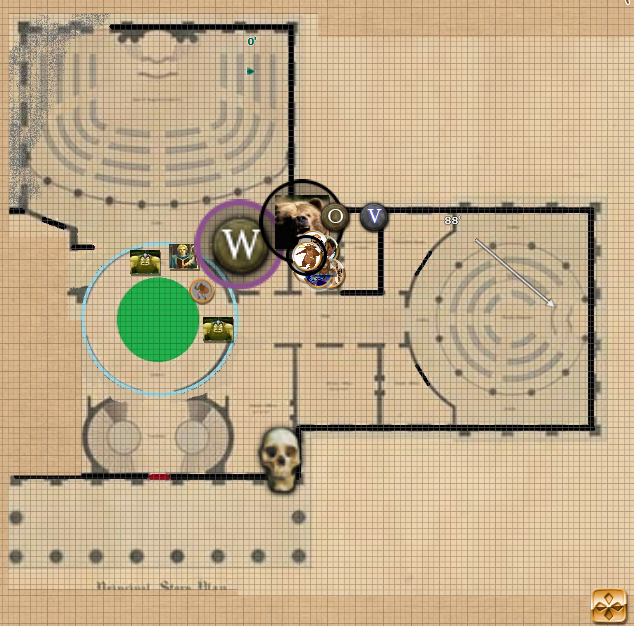 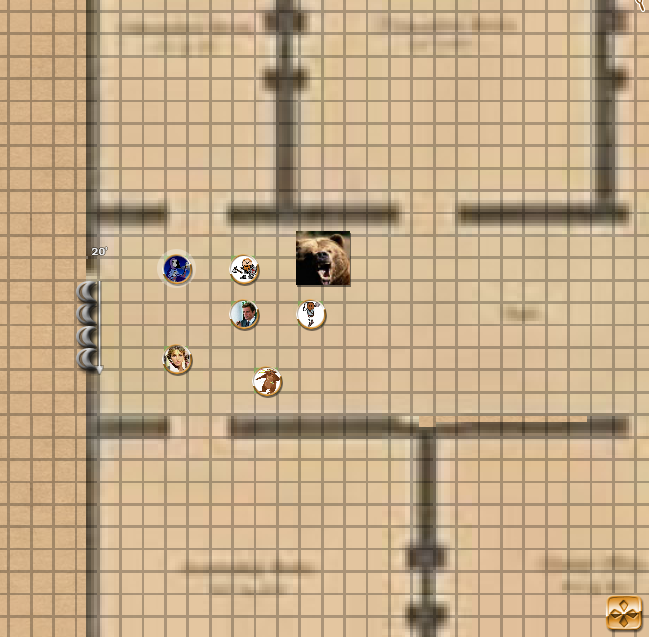 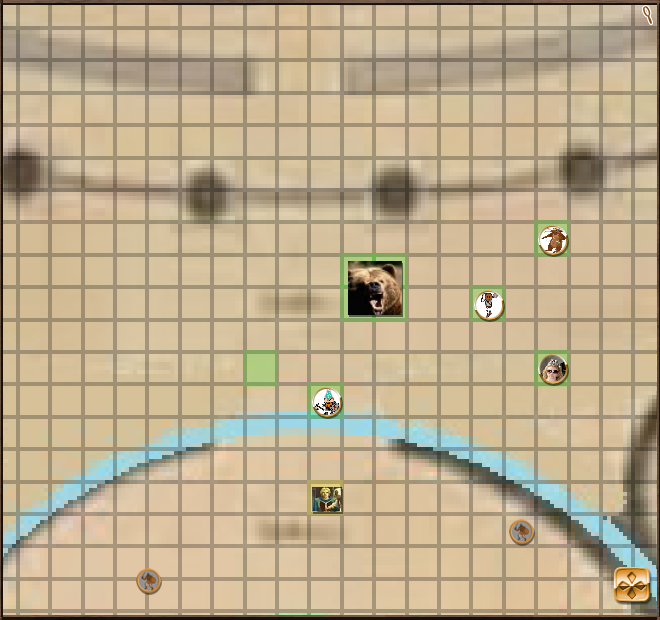 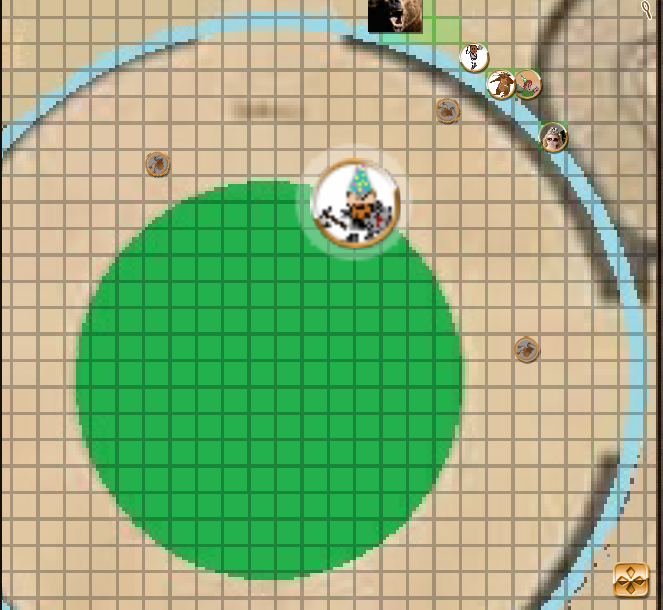 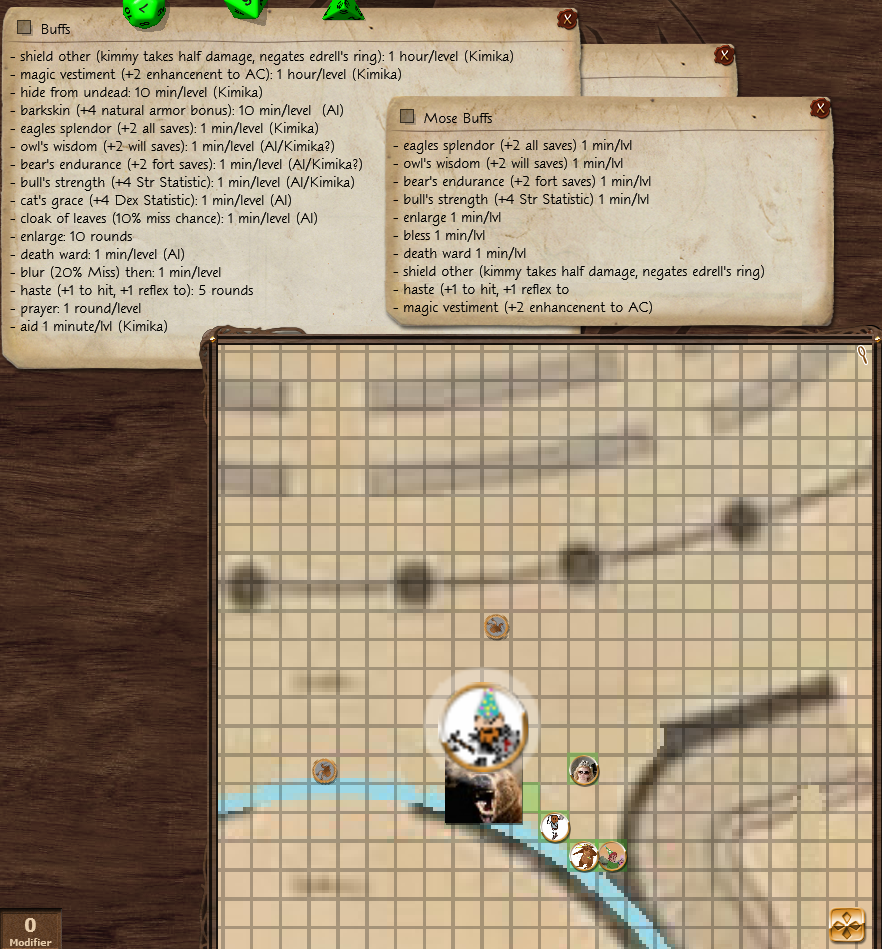